Travelling: The ability to traverse from one point to another and compared to a few decades ago has become easier than ever to do, just hop onto a plane and you can go virtually anywhere. For many the ability to travel is one of life’s greatest luxuries – whether it’s to visit friends and family or simply as a means to get away and relax. Of course, when most people travel it’s usually a temporary arrangement with a fixed time limit, but have you ever seriously considered uprooting yourself and moving to any of those places?

Approximately seven years ago Norvil & Letty Bremnes were invited to minister in Ecuador, a small country in South America. While visiting the country the Lord revealed to them the tremendous need that existed there. Upon their return, Norvil had decided to do a bit of research on the country and quickly discovered that the province of Loja was the most unreached area of Ecuador in terms of the gospel. For years, Norvil had felt the Lord calling him to the missions field and after plenty of prayer and a trip to the province of Loja both he and his wife Letty could feel the Lord saying now was the time to step out and move to Ecuador.

Four years later Norvil & Letty are now Global Workers in Alamor in the province of Loja, Ecuador. Each week they travel to the community of Olmedo where Letty counsels and does crafts with the unreached women while Norvil does a variety of repair work within people’s homes. In the afternoon they hold a class where the children and youth receive Biblical teaching as well as learn English, followed by an evening Bible study and worship time for the adults.

From an Alamor based radio station they hold an hour long program that reaches many of the surrounding communities as well as the northern part of Peru. They’re certainly a busy couple, but despite that hectic schedule they are both in good health and are even prayerfully considering future ministry endeavours.

Norvil & Letty have only one prayer request:

“Please pray that the Lord would help us be more effective in reaching and discipling to many more people in this part of Ecuador.” 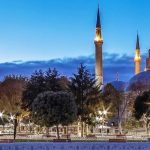 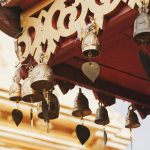