Knowing from an early stage that the Lord was calling them to go abroad, Richie & Christie Bouthillier travelled to South America, where they began their ministry. 20 years later and they’re still working diligently for the kingdom of God.

After spending 13 years in Porto de Moz, Brazil, Richie and Christie moved their family to Portel, Para, Brazil where they have spent the last few years building relationships and ministering to the surrounding areas.

They’ve planted a thriving local church, consecrated a Brazilian pastor who will provide leadership and have raised several local leaders who are actively ministering in the city and the surrounding Amazon River communities. Currently, there are 4 different home groups running and approximately 20-25 youth come out each week to participate in the youth group. In January of this year, they inaugurated their new church building in Portel, spending the weekend celebrating with not only the church but the surrounding communities.

In addition to the church, the Bouthilliers regularly visit 4 communities along the river where the people are excited about the gospel and are readily accepting the Lord. One community has even begun to construct a church, which has already been outgrown due to the sheer number of people who come out to the monthly meetings.

The water filtration project continues to deliver 90 filters to several communities along the river every 2 months, providing clean water to the residents of these communities.

As a family the Bouthilliers are doing well, their children are happily enjoying their summer break and their family is looking forward to travelling back to Canada for their home assignment this August. While they aren’t currently planning any new ministry endeavours, both Richie and Christie are eagerly awaiting the Lord’s direction as to their future.

“Thanks to everyone who is praying for us and those who have been faithfully supporting us over the years. We couldn’t do it without you! If any churches would like a visit while we are in Canada, feel free to contact us.” – Richie & Christie Bouthillier 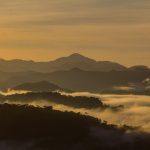 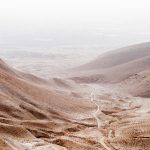