Near the end of the Book of Joshua, God says through Joshua to his people, “I gave you a land on which you had not laboured and cities that you had not built, and you dwell in them. You eat the fruit of vineyards and olive orchards that you did not plant.”

That has become my prayer for revival and disciple-making in the Middle East. We are asking for a specific kind of fruit: for pre-existing groups that we did not form and in organizations that we did not set up to believe in Jesus and follow him together as a group. This lessens the persecution and isolation Muslims would otherwise face when converting to Christianity. Groups could emerge from schools, families, clubs, workplaces, and anywhere else where an ‘oikos’ is found.

There is a city where we have been sharing the Gospel for over a year. Our last ministry trip there was totally unique because it was two full days of discipleship with believers, whereas at the beginning we knew no one there who followed Jesus nor had we led anyone to the Lord yet.

It also so happened that two of the believers we met with separately each gave us literal fruit and nuts from their farms and vineyards. I believe it was a prophetic confirmation of what we’ve been praying that week, which was “Lord, give us fruit from vineyards we didn’t plant.” 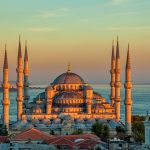 A Spectacular Answer to PrayerGlobal Stories 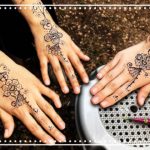 From Henna to HeartGlobal Stories