Lord of the Harvest

“Do you not say, ‘There are yet four months, then comes the harvest’? Look, I tell you, lift up your eyes, and see that the fields are white for harvest. Already the one who reaps is receiving wages and gathering fruit for eternal life, so that the sower and reaper may rejoice together. For here the saying holds true, ‘One sows and another reaps.’  I sent you to reap for that which you did not labour. Others have laboured, and you have entered into their labour.”  – John 4:35-39

The verses above encapsulate what we have been experiencing first hand in different ways over this past month. We feel as though we just keep stumbling into the miraculous things God is doing and He’s just delighted to have us share in it.

Lift Up Your Eyes
We are part of a small group who goes out on Fridays to pray for people on the streets and share the love of Jesus with them. Prior to heading out, we met at a cafe to pray together. A couple of our friends got to the cafe early so they sat down and ordered some çay. While waiting for us, they noticed a group of young local women walk in.  These women appeared to be quite conservative, as all of them were wearing head coverings. But what caught their attention was the fact that each one of these women was carrying a  Bible in the local language in their hands. Our friends proceeded to invite these women to their table and inquire about the Bibles. They found out that these women were all in their fourth year of an Islamic Theology degree. They had only learned a few things about Christianity, but they became so interested that they wanted to find out more, so they travelled across the city to a nearby church just so they could receive a Bible. The following Sunday these women attended a church service with our friends!

The Fields Are White
On a different Friday we asked God where we should focus, and the majority of the group felt like He was leading us to our own neighbourhood, specifically to a street just up from our place that has earned the nickname “Selamsız“, which translates to “without peace“, or “without friendly greeting“. Our plan this time was to simply walk and pray over the neighbourhood. My wife and I walked and prayed for about a minute before we felt led to enter a building with its door wide open. We were immediately welcomed in and were sipping çay with a small group of local men in no time. I asked the man sitting across from me, “So, what do you guys do here?”, to which he responded, “We’re learning about Jesus.”. I had to ask him two more times to be sure that I was understanding correctly. Over the course of nearly 2 hours worth of çay and visiting, we found out that these men had never read the New Testament, but somehow knew biblical details about Jesus’ life and were seeking to know Him more. We have been visiting them on a weekly basis and were able to give them each a New Testament, as they received the NT’s, they kissed them and smiled with gratitude. God has been speaking to them and revealing the truth to their hearts long before we arrived. We’ve had the privilege of reading scripture together with one of the men, and with each sentence we read his curiosity rose and he asked many questions. These men are close to the Kingdom, pray with us that a full revelation of the person of Jesus comes to them.

I Sent You to Reap For That Which You Did Not Labour
This past week I met a local believer for coffee. I didn’t know him well but wanted to hear more about his life. When I arrived I found him sitting with another man, a new friend he’d made a couple months prior. I asked my friend if he’d share his testimony with me, and he did. Afterwards, his friend asked me if I also believed in Jesus, I said yes. He asked why, and I shared about how Jesus had transformed my life and how I’d witnessed him do the same for others. At one point in the conversation, he described how he was feeling really impacted by what his friend and I were sharing, and that he was tired of feeling alone. I shared Revelation 3:20 with him, which says “Behold, I stand at the door and knock. If anyone hears my voice and opens the door, I will come in to him and eat with him, and he with me.”.  The man said that’s exactly was what he was feeling, like Jesus was knocking on the door of his heart. Then he simply said “Hazırım“, which means “I’m ready“, and my friend and I prayed with him to receive Jesus.

All these recent experiences have stirred our faith, and shown us how present Jesus is in the lives of the people in our community. We’re so grateful that He is allowing us to be part of the beautiful ways He is moving in people’s hearts and lives. We are also so thankful for our friends, family, and community of partners who have been continually praying, encouraging, financially backing, and connecting with us in various ways even though we are oceans apart. We love you all! 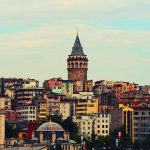 Settling Back in with Many ChangesGlobal Stories 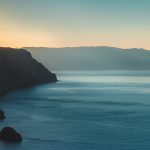