We Don’t Know How…

“The Kingdom of God is as if a man should scatter seed on the ground. He sleeps and rises night and day, and the seed sprouts and grows; he does not know how. The earth produces by itself,  first the blade, then the ear, then the full grain in the ear. But when the grain is ripe, at once he puts in the sickle, because the harvest has come.”

Several months ago, we shared the story of a man who lived in the Black Sea region that we met on an itinerant ministry trip. He was investigating Christ and the New Testament, but his heart was very hard because of atrocities he saw in his years in Iraq as a soldier; evils committed by both Western and Middle Eastern combatants. After a couple meetings, it seemed like he was just stuck. Despite having two open visions where Jesus Himself visited him and even told him we would be coming to him, he refused to put his faith in Christ.

There are over 81 million people in this country. Sometimes we need to move on from one to spend time sharing with others. So, after some prayer, we stopped pursuing this relationship.

Then, in the spring, we saw him at his wedding. He seemed totally changed. His demeanour, his speech – they were different. Sitting at a table with his workmates we were shocked to find out that he had been holding Bible studies with the young men at his company. When we had met with him before, we had suggested he do this, but he never once indicated an intention to do so!

Two weeks ago a ministry partner and I were able to visit him at his new home to spend time with him and his wife. Not only has he believed in Christ, but he is pursuing baptism! The fingerprints of the Spirit are all over him and his household, and he’s eager to see a church opened in his very unreached province.

There are times in ministry when you can clearly see the results of hard work and encounters with God. Then there are stories like this one where it feels like the Father does more in your absence and in your waiting than He did in your presence and your labour.

Praise Jesus, the seed sprouts and grows; [we do] not know how. The earth produces by itself, first the blade, then the ear, then the full grain in the ear. Even when we think there’s no hope for someone, the Holy Spirit can still change their hearts! 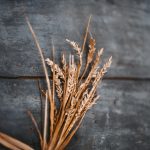 Lord of the HarvestGlobal Stories 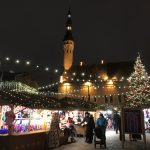