For over 2 years now I have been volunteering at a refugee centre where we give out food boxes and clothes. I have mostly been helping in the clothing room. This last month I have been offered the opportunity to be in charge of the clothing room. This means that I will need to find people and places where we can get more clothing donations, figuring out how many items can be taken each week as well as creating more of a system that all of us volunteers can follow. I would appreciate your prayers as I walk into this new season.

This past weekend our hot water stopped working. The heating unit is called a kombi, and it’s honestly such a pain to have to deal with. Ours is old, so it seems to be always breaking down. We ended up going to our neighbours for help, and even though he could not fix it for us he called the repairman and explained what happened. This was a huge weight off of our shoulders. Having to explain the problem over the phone to a repairman I do not know would involve so many words I am unfamiliar with. One of my least favourite parts of living overseas is having to deal with kombi problems. They have a way of getting to me. Anyways, all that to say, while my neighbour was helping us he noticed I had an advertisement from an ethnic restaurant on my fridge. He then told us that he and his family are from that particular country.

We found out that his wife wants to practice English, so we are going to start meeting over tea and having English conversations. My roommate and I met with her this week and had a lovely time getting to know each other. They have a son who is 1.5 years old and he is the sweetest. I am hoping the more we get to know each other the better we will become friends and that there will be an opportunity to share the good news with them.

I am growing in my cultural awareness of unspoken rules. So, after he came to help us with our kombi problem I made butter tarts (very Canadian, I know) and took them to them as a thank you! Here, baking is an important skill to know since it is a way to welcome and say thank you to neighbours and friends. I still have growing to do in this area seeing as the only thing I ever seem to bake is butter tarts. They are from scratch so that’s gotta count for something right? I have been enjoying growing in hospitality. My roommate and I both want to grow in this gift, so we are planning to have more guests over. 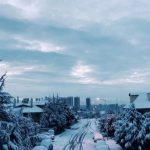 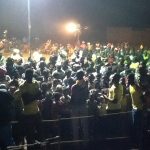