The Lord has influenced dramatic change in the lives of thousands of people in Burkina Faso!

By his grace, we were able to hold seven different gospel campaigns with our friends from Northern Ireland and Norway. Over 4000 people gave their lives to the Lord. Afterwards, a lot of follow up work was done in conjunction with the local pastors in the towns where those campaigns were held. New churches have been planted as a direct result of these campaigns.

During 2018, as a denominational church, both collectively and individually we focused on evangelism, discipleship and church planting. Over 1000 people have been baptised and over 25 new churches have been planted. The church has stretched to new areas nationwide with our goal being to reach the unreached.

We planted a church in the south-west part of the country in the district of Nako. Over 50 young people have given their lives to the Lord as well as many children. The four elders of the village were afraid that their idolatry activities would come to an end as a result of all the young people following Jesus as they wouldn’t have anything to do with their idolatry practices. So the elders forced the church to shut down and started persecuting the believers.

However, the Lord had other plans as these four men were soon struck with a terrible disease that prevented them from sitting or lying down. One of them has even died as a result of the disease. So the remaining three elders called back the pastor and asked for forgiveness for what they did to the church and asked him to restart the church again without any delay. Praise the Lord. We never once prayed that the Lord would strike any of them, but he did it as a way to show that He is stronger than their idols and false gods.

Our Mission ‘’M’’ continues to grow, with several conversions and many awe-inspiring testimonies of the power of Jesus right in the middle of the Islamic faith. However, many believers are under severe threat of losing their lives if they go to church. So the church has started doing things in a totally different way there and the Lord is constantly adding to their numbers.

The Lord has touched many in Burkina Faso and is continuing to do so through his people. 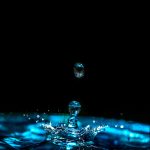 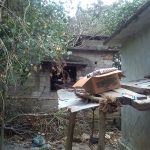 Global Harvest Responds to the Crisis in IndiaGlobal Stories