A Story of Encouragement

Yesterday at church there was a man from another Middle East country who shared. He was born into a Muslim family but grew up in the Soviet Union, so was taught atheism in school. He ended up agnostic and gave himself to drugs and alcohol.

His story and the story of his country left me in awe.

His home country has about 6,000,000 people. When he first heard the gospel in the early 1990s, there was no Bible in the local language. Not only that, but there wasn’t a single church in the country… or a single believer. In the roughly 4 million people living in the country at the time, there were ZERO followers of Jesus.

He explained that, as he and his friends were doing drugs together one night, a friend brought in a book that he had found. The book was in Russian, but this friend could read Russian, so he translated it to his friends as he read it. It was a New Testament.

As this friend read and translated the stories of Jesus, this group of friends was just laughing and mocking it. None of them wanted anything like this. It was nothing more than a joke to them. They ended up doing this for a few weeks. Coming together to get high and make fun of this silly little Russian book. That is, he explained, until the 6th time they met together.

As they were getting high and listening to the stories of Jesus being translated to them, a sudden wave of conviction hit everyone that was there. The Holy Spirit came and touched each one of their hearts, and brought them to their knees in repentance. The drugs that had been their escape and their lives for years suddenly were no longer remotely appealing to them but were instead appalling. Neither Islam, nor atheism, nor agnosticism, nor hedonism made sense anymore.

There was no hope or life in any of those things. There was only one thing they wanted now. Jesus. Only Jesus. They wanted this Jesus that they were hearing about, who was making dead men walk, and blind men see, and broken men whole. These seven broken men wanted to be whole. So all seven of the men there turned to Jesus in that night. They gave up drugs and committed their lives to Jesus. As far as anyone knows, they were the first 7 people from their country to become Jesus-followers in the world.

The rest of his story was a whirlwind of emotions, of persecution, and of God showing up and moving. These 7 guys helped get the first Bible translated into their local language in the next few years, and within a short time, got arrested and thrown in prison for their beliefs and for sharing Jesus around the country. For many long months, they were subjected to daily beatings, being told the beatings would stop when they denounced Jesus and recommitted their lives to Islam.

Eventually, by a series of miraculous events, this man escaped from his country, fled with his wife and kids as refugees to Russia, got relocated to Denmark, and now are pastoring a church in my city. He recalled that as he was getting beaten in that prison, he promised God that if he ever got out, he would share Jesus with as many people as he could for the rest of his life. All bets off, He would live to see others hear the gospel, and experience the same freedom that he has. After he got out, he lived up to his promise. He explained that, if he meets someone and has 5 minutes to talk to them, by the end of that 5 minutes, they will know who Jesus is, what He did for them, and how they can be set free from their sin and their shame, and experience the freedom, righteousness, honour, and life that comes with being a disciple of Jesus.

One of the most impacting parts of hearing this story was the company I heard it with. I was sitting with my new friend from yet another Middle Eastern country (who just gave his life to Jesus this past December, and had never been to a formal church service until this one yesterday). As this pastor was sharing his experiences of persecution, of needing to flee the police, and of getting his family smuggled out of the country, my friend was nodding, and leaning over and saying, “It’s all true. It’s just like my home country”.

When we sat down for tea after church, my friend shared that it was really encouraging for him to hear this pastor’s testimony. “So many people around the world are blind. In my country. The pastor’s country. Everywhere. They can’t see. Like the men who were torturing the pastor because he loved Jesus, or even the pastor and his friends before they met Jesus when they were doing drugs together.

But God can open people’s eyes, and he does. He can heal them of their blindness, and show them who He is. We need to pray that God opens the eyes of people in these countries. Only God can do it.”

That made me tear up a bit. That has been our call to prayer and fasting for this season: That God would open the eyes of those in Islam who are blind to the truth of who Jesus is, and that they would see His goodness, and say YES to it. It struck my heart so strongly to hear that same prayer coming from someone who had just come from that same place of blindness so recently.

Let’s keep going after this, my friends. It’s worth it.

People are coming to Jesus.

It is worth it.

If you’re not a part of the 10 Year Fast but would like to be, you can sign up for it here: http://www.10yearfast.com 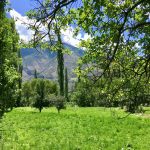 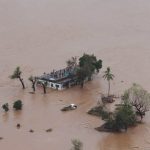