A Lifetime of Loneliness

Recently I heard the testimony of a Middle Eastern man who felt haunted by loneliness his whole life after being separated from his birth family at age 3. He felt unable to love the family who took him in, and as he grew older he described himself as “a wild animal” doing whatever would give him momentary pleasure.

His loneliness and dissatisfaction with life compelled him to run away from his country in search of something more. After living in several places, he ended up in our country in the same city as friends of ours. They gave him a New Testament and as he read it he felt the loneliness leaving his heart. He felt as though he had found “the dearest friend” in those pages and chose to accept Christ!

He told us that he used to be easily irritated and angry all the time, but now God has taught him to forgive, even an unjust employer who owed him thousands of lira and refused to pay him.

He had a dream of himself under a waterfall, being baptized in the water rushing over him. And last month our friends had the joy of baptizing him! (Unfortunately not under a literal waterfall but we believe the Holy Spirit will rush over him like those mighty waters he saw in his dream!!)

Now he is considering going back to his home country to share his dearest Friend with his lost countrymen. Wherever God leads him, let’s fervently pray that he will be protected and provided for! 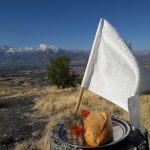 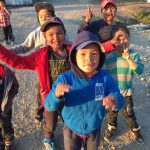