There is a price to be paid for locals following Jesus in Muslim countries. Persecution in the Middle East has very rarely been government-sanctioned — it is most often social. Regardless of what ethnic group you belong to, the moment you decide to turn your back on the traditions and beliefs of your ancestors, you have made yourself an enemy. We have told the story of young women who were put under house arrest, middle-aged people whose spouses left them, and people whose parents disinherit them when they confess Jesus as their Lord and Saviour. Just yesterday, while I was discussing having a relationship with God to a neighbour, she made a telling statement. “We believe and worship according to what we were born into. You do the same. There is no wrong in that. The only sin is moving from one group to the next.” She is a faithful Muslim and devoted mother.

Saul, who later became the Apostle Paul, would have paid a similar price to Muslim background believers. His revelation of Jesus happened while he was on assignment from a group of radical Jewish terrorists. On top of that, the church he was joining looked on him with suspicion at the beginning. Here was a violent fanatic who had suddenly turned his back on his faith and embraced Jesus. Maybe he is lying to spy on us, they must have thought. Maybe he is on assignment right now. Someone like him doesn’t just change his mind and join us. Maybe he feels this way right now, but what happens when he misses the connections he had with friends, family, and other persecutors of the church. What if he goes back?

And so, the only person willing to associate with him at the beginning of his faith journey had to be strongly urged to do so by direct revelation from the Holy Spirit. (Acts 9:11-19)

After that time, a very important thing happened. Barnabas stepped into Saul’s life in that vulnerable season and made him a powerful disciple-maker. He advocated for him, opened doors of ministry for him, modelled faith to him, and put his whole reputation (and life!) on the line in hope that bloodthirsty, intimidating Saul could really be a child of God.

It was a risk. But the reward (that we can see with hindsight) was over half the New Testament, the Gospel reaching across the modern-day Middle East in one generation, and hundreds of new disciples. The Father wants to release a movement in the Middle East of locals embracing the cost and being transformed from Sauls to Pauls. Even before becoming Jesus-followers, they understand the cost. They know that marriage and job prospects will disappear and that they will likely face a challenging life as a social outsider. Pray with us that they will understand the exceeding glory of what the cost buys. Pray too for men and women to fulfill the role of Barnabas, encouraging and discipling these Middle Eastern Pauls. 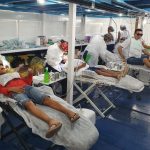 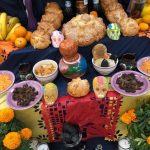