Ed Stetzer says that churches in North America have lost their once fervent passion for missions work. He points out that only a few decades ago, the evangelical world’s response to the news of Jim Elliott and his companion’s death (Through Gates of Splendours). They were heralded as heroes, their story was told in churches, and they even made the front cover of LIFE magazine.

But today, notes Stetzer, while some churches may still be involved in mission work, many others are largely disengaged or, worse yet, simply disinterested. Believers aren’t enthusiastic for missionary endeavors and the stories of global gospel proclamation are seen as abhorrent.

If we’re going to love and promote global missions to unreached people today, Dr. Stetzer says, we’ll have to do it despite the low enthusiasm of churches, widespread disdain, and even active opposition.

To explore what Ed means, read this article: 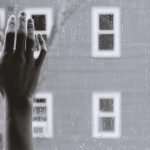 How can we care for GW’s who are hurting?Global Insights 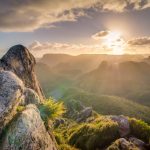