It feels like these past two months have gone by so fast! Since returning back to our home overseas, we’ve jumped headfirst into full-time language learning and building relationship with our new community here. I’ve had the opportunity to join a free art class at a community centre where I’m connecting with other women, and my husband has also joined a class at the same place a few nights a week where he is learning how to play a traditional guitar-like instrument called the ‘saz’. Last week in class, his teacher asked him to play one of his own songs in front of the whole class; he sang his song “Lowly” which communicates how Jesus laid his life down in humility to save us. Because it was in English, no one in the class understood the meaning of the song, and they assumed it was a love song written for his wife! They asked him, “who did you write the song for?” to which he said “I wrote it for the Lord”. They were eager to understand more, and he got to share in the local language how the song is about Jesus giving his life for humanity.

We’ve also been partnering with a YWAM team of long-term workers here vision-casting and meeting for times of worship and prayer with them, as well as going out to different areas of our city and the surrounding villages to meet new families and share Jesus’ love with them. It has been a tremendous blessing to have a community here, even though it’s small, who share the same vision and heart as we do. We’ve found their fellowship and partnership has spurred us on in our faith, and hopefully we have theirs, too.

Some people from the YWAM team have a vision to start a cultural centre in the city as a way of connecting with and serving university students. It’s an amazing opportunity to share our lives and faith with them. They’ve asked us if we wanted to partner with them in their vision as well, and after praying through it we felt we are supposed to help them run a weekly English conversation club at a university cafe on Friday nights. These new opportunities mixed with daily study and meeting with locals who are either new believers or open to reading the Bible together is filling up our time!

Since the beginning of October, as many of you are already aware, our country has frequently appeared in news headlines because of their recent military offense into North Syria. This operation has brought a lot of unrest to an already fragile region; it has cost many lives and added almost a quarter of a million more to the already millions of displaced people’s in our world as people have been forced to flea the communities they were living in. We ourselves are very safe and are far from the fighting that has be taking place; in a city that is not in any imminent danger. Our hearts, however, have been so heavy this month as we’ve kept our eyes on the news each day crying out in prayer for the unnecessary violence to end, and for those who are most vulnerable caught in the midst of the chaos. We attended a ‘burn’ (which is a 100 hours of organized nonstop worship and prayer) last week, and it was so refreshing to be amongst others local and foreigner believers and raise our heart cries together in prayer for this country as well as the surrounding nations. The Lord spoke to many of us during that time and strengthened our hearts. At the same time that all of this was happening, a few of the women found themselves sitting together one night and someone asked the question, “if you could come up with any international holiday, that the whole world would celebrate, what would it be?”. The first thing that came to my mind was a day during the year where people from every background and culture, age and religion, both strangers and neighbors, would meet around a table and share a love feast with each other.

The next day I was sent a short film to watch that was put together by an organization based out of one of the Middle Eastern countries who are engaging in relief and peace-work in the midst of the war and suffering that has gone on there. I wept as I watched the film. I watched it a second time, and I wept again. The stories within it touched this deep aching inside my heart to see Jesus’ kingdom of righteousness and justice established in the earth. It’s all about a family’s mission to love first and ask questions later. And for me it really highlights Jesus’ own preeminent love that chose, even before humanity would decide to murder him on a cross, that he would come and love us anyway. It addresses issues of war, discrimination, violence, racism, injustice and hatred in our world. And at the end there is an invitation to participate in an event they’ve planned for November 3rd this year where people from all over the world can either host or join a love feast. My mouth almost dropped as I saw that my idea had actually already been realized by this group of people, and immediately I messaged my community of women where we live to tell them we were going to be hosting a love feast!

The film carries this message of hope which is compelled by love to care for those who seem so different from us, and it seeks to break down those fears we all carry that so often prevents us from engaging in friendship and kindness with those we don’t understand. Instead of allowing the stereotypes we’ve heard to build higher walls and provide excuses for why it’s fine to not care or even hate and then go to war with those whom we feel have wronged us, it’s a decision to undo the violence by deciding to love anyways. This film was so impacting to us and our community here that we felt moved to share it with all who are supporting and cheering us on back in Canada and around the world. If you find the time, watch it, and may the testimony that it carries impact your hearts as well, and lead you also to engage deeper in this courageous, intentional, active, sacrificial and even preemptive love that so many of us have found in Jesus. Click here to wach the video.

“Greater love has no one than this, that someone lay down his life for his friends.”
John 15:13

“You have heard it said, ‘You shall love your neighbour and hate your enemy.’ But I say to you, Love your enemies and pray for those who persecute you, so that you may be sons of your Father who is in heaven.”
Matt 5:43-45 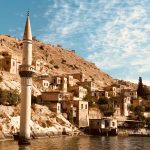 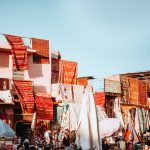