There is a Thread of Fear that winds through most discussions that take place in the West regarding the Middle East and the greater Muslim world. We look suspiciously upon this place with its alien religion and history, vices and hypocrisies, heroes and legends, beauties and shames. Even when we’re not telling stories that are explicitly about this part of the world, its landscape and architecture and style of dress stand for all that is exotic and alien. Just look at Tatooine in the Star Wars movies or the Calormen in Chronicles of Narnia.

Explicit fiction is one thing, but the news is another. How many times have you seen crowds thronging around a casket or outside a government building from some Middle Eastern country? The black-shrouded women are hysterical with grief or anger and there are shouting men with guns. The high emotion is unsettling and feels so chaotic. Unless you watch travel shows, whose aim is to tempt people to visit places in the Middle East, and our neighbours, you have only ever seen images and heard stories of evil and tragedy come out of these regions.

It has now been years since our country had a bombing incident, but in 2015-16 there were a handful. We were touched by a deluge of messages we received from people back home asking after our safety. But it felt like a time of contradictions. The old man selling fresh fruit from a cart was still on his corner, the elementary school two blocks away still rang with laughter and friendly taunts, and traffic was as congested as ever in the city. Our normal life was not impacted by those acts of terrorism and did not jive with the worried emails we received. In fact, after some of those events, our local friends and neighbours warmed up to us further because they were ashamed of what others were doing in their country. We were more at home in this country after those catastrophes!

The only time I felt discouragement because of violent incidents was when people insisted that we return to Canada. From afar, the unsleeping horror-show of 24/7 news channels was able to grab hold of that Thread of Fear and use it to strangle the faith of good men and women of God. Though we were grateful that the Body of Christ was keen to take care of us, we were surprised at how many people thought that we should leave at the first sign of trouble. Bodily safety and government favour are not prerequisites for sharing the Gospel! Nor should CNN, Fox News, or Al-Jazeera be the voice from which the Children of God take their marching orders.

Friends, our fear is reserved for the One who holds authority over this life and the one to come. It is natural, even healthy to feel fear when war and rumours of war rear their ugly heads, but it is supernatural to cut the Thread of Fear when it means that lost people will be abandoned to the abuses of the enemy through a Christ-less life and death.

Let’s examine our hearts today. Is your faith restricted because you have reinforced your fear with the stories you listen to and tell to others? If so, make some changes. Denying our fear is foolishness, but dealing with it is righteous. Give your fear back to God and write a new story for the Middle East. 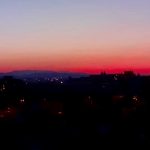 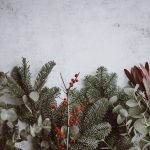 Wrapping Up The YearGlobal Stories