During a pastoral conference in January, a pastor shares a story about a nurse and how the Lord strengthened his faith. At the beginning of the year the pastor was moved by the Spirit to pray for a nurse who had given his life to the Lord. He prayed that throughout the year of 2020 that none of the patients receiving treatment from this particular nurse would die under his care.

A few days after this prayer had been prayed over the nurse a woman came into the hospital where he worked and was placed under his care. Over the course of the next couple of days the woman received and responded well to treatment, however she ended up passing away from her illness a few days later.

After several hours woman’s family came to the hospital to retrieve her body for burial as the nurse headed home after his shift. As the nurse was on the way home from his difficult shift the Holy Spirit reminded him of the prayer that the pastor had been prayed over him. “No sick person under his care shall lose his life this year”, with those words echoing in his mind the nurse returned to the hospital.

Upon his return to the hospital he seen several of the woman’s family members had arrived and were preparing to transport her home. Before they left, he knelt beside the woman and prayed a simple prayer, that the Lord would restore this woman to life. As the nurse prayed the woman, who had been dead for several hours began to breathe once again. The nurse, whose faith had been greatly strengthened by this miracle asked the woman to sit up and sure enough she did. Through the wonderful miracles of God this woman was raised from the dead! 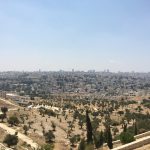 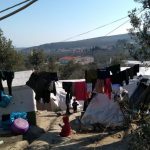 Hope in the midst of CrisisGlobal Stories