This is the assurance we have in approaching God. That if we ask anything ‘according to His will’ He hears us. And if we know that He hears us – whatever we ask – we know that we have what we asked of Him’’ 1 John 5:14-15

Thank you one and all for holding us close at this time, in prayer and with all kinds of support: cards, emails, finances… all wrapped in Love.

Praise God we live in a free country where we can share the good news freely. Jesus said “Work while it is day for the night cometh…’’ let us share it now…

One Inuit youth among others, has been flourishing this year. In March 2019, I got a message saying: “Sorry Gary I can’t do this anymore’’ followed by a picture of his rifle. I knew he would use it on himself if he did not get help.

Our love and prayers,
Gary & Shelly 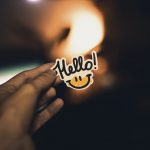 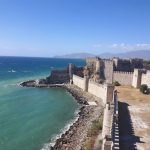 Baptism of a New Believer!Global Stories