Our son started preschool a couple weeks ago and the transition wasn’t as smooth as we’d expected. We have talked for months about him going once schools reopen and he was so excited to be big enough to attend school like his sisters.

The first day, I ended up staying at the school for 2 hours while he clung to me and decided he didn’t really want to go to school after all. After lots of tears, coaxing, and a few trips to his class and back to make sure I was still there, he stayed for the remaining time and I picked him up when he was done. Every day was a little better and this week there were no tears as I dropped him off. What a relief for this Mama’s heart!

The Lord has been using this concrete example to teach me how He often leads us through the same process. As He calls us into the unknown, sometimes intimidating or uncomfortable circumstances, He says the same things to us that I was saying to Isaiah this week:

“You’re going to love it. You just need to take the first step.”
“You don’t see it now, but this is good for you.”
“If you refuse to go, you’re going to be behind and have so many regrets.”
“Take that big leap of faith and just go, just do it!”

Ok, maybe some of my wording was a little different, but do you see the similarities? God often asks things of us that aren’t easy to say yes to or that we fight Him on. Our responses are often similar to Isaiah’s:

“I’ve changed my mind; I don’t want to go.”
“This isn’t what I thought it would be.”
“I’m scared, I don’t understand.”
“Why would you let me go through this?” (Not quite Isaiah’s words, but I’m sure he was feeling this!)

How many times has God asked us to do something difficult and we end up crying in His lap, saying that it’s too hard, that He’s asking too much, that we would rather just stay home and not change anything? But then, He whispers to us that it’s for our good, that He’s growing us and stretching us and that if we don’t go, if we choose to say no, we’re going to miss out on so much.

Isaiah’s school experience will be so much easier down the road once he learns more of the local language and is able to communicate fully. He is such a social boy and loves interactions with other children. This time at preschool will help him to understand so much more once he is needing to learn school subjects and he will benefit greatly from being in a class environment with other kids. To hold him back now, to let him stay at home because it was difficult the first few days, would be so detrimental to his overall learning. As much as it hurt my heart to see his tears, I know this is best for him.

Where is God leading you today that maybe feels the same? You don’t want to say yes, but it’s for the best. You might not understand all the why’s, but you can trust Him because He knows it’s for your good. We’re learning big lessons in this house right now, all taught through a 3-year-old! 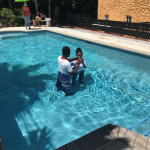 Life in Tobago during CovidGlobal Stories 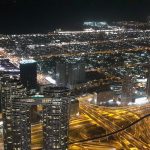 Forgive Me or Kill MeGlobal Stories