I had the privilege of joining two friends in Dubai last month in order to take part in a small conference that focused on disciple-making in unreached nations. It was not on my radar at all, but I had a sense that God was leading me to be a part of it. The conference spanned about 4 days and in between sessions we had the opportunity to explore the city a little. It has been dubbed as the “Las Vegas” of the Middle East, never having been to Vegas I can’t speak to the validity of that claim, but I can say that on the surface it felt a lot more innocent than my perception of Las Vegas. At first glance, you see a clean, modern city full of technological and architectural marvels, like the Burj Khalifa (currently the world’s tallest building), for example. But it doesn’t take long to see that beneath the sheen and flashy exterior there are many lost and hurting people in this city. Approximately 88% of the UAE’s population is made up of immigrants, many of whom helm from places like The Philippines, Pakistan, and India. Many of these people work 10 or so months of the year in Dubai while their families remain in their country of origin. The work hours are long and grueling, with little pay. Many of the cab drivers and workers we spoke with had moved to Dubai as means to support their families back home, with hope that they would be able to enjoy a higher standard of living and receive a good education. I felt incredibly blessed to be able to meet and learn from a few such people during our stay, and want to encourage you to pray for the UAE, both the local and immigrant population.

My impression of the city aside, I had an incredible time connecting with men and women from all over the Middle East and Central Asia at the conference. We were able to hear testimony after testimony of how God is moving in some of the places we would’ve least suspected. Individuals from (4 Middle Eastern countries removed for security purposes) came together to pray, worship, encourage one another and testify about what Jesus is doing in the nations. It is said that (2 Middle Eastern countries removed for security purposes) is currently the fastest growing church in the world. If someone had asked me where the Gospel is spreading the fastest in the world a few years back I can’t say that those two nations would have been my first guesses. But that is who our God is, He does what we deem impossible and He subverts our expectations. What’s more fascinating is that these movements are not happening by means of traditional church-planting. If these movements were dependent upon being able to gather in large groups in church buildings, I believe they would have fizzled out long ago. The Gospel is being spread and disciples are multiplying because people are reading the Word of God for themselves and praying together followed by simple obedience and sharing what God is teaching them with others. No building, no flashy stage, no programs, the majority of these individuals are meeting in homes and cafes because a traditional church building doesn’t exist. People are being taught by Holy Spirit through God’s Word and in turn are teaching others to do the same. They are seeing miracles regularly and some of the stories they are sharing sound like they came out of the book of Acts. I’d like to share one such story, told to us by an (1 Middle Eastern country removed for security purposes) believer. He explained that after he came to faith (a miraculous story itself, which I must reserve for another time) that God convicted him about the ongoing feud between his tribe and another in a neighbouring village. It was a decades-long struggle that frequently resulted in bloodshed between the tribes and there was no end in sight. Someone would take revenge on someone else, resulting in them seeking their own revenge and so on. This cycle had continued unbroken for years. One day God spoke to him and told him he must forgive his enemies from the other tribe. After realizing the futility of trying to convince God otherwise, he surrendered and decided to trust the Lord. After reaching the neighbouring village, he went door to door, asking for forgiveness from his enemies. While asking he would say this, “I am sorry for what my tribe and I have done, I want to ask for your forgiveness and to tell you that I forgive you as well. You can either forgive me, or you can kill me now because I am not going to fight you anymore. If you don’t forgive me, you have to kill me because that will be the end result if this cycle continues.” Amazingly, those he once deemed his enemies chose to forgive him and his tribe. They currently live in a state of peace with one another and the testimony of what he did has opened doors for him to share with his community about the power of grace and forgiveness found in Jesus.

We wanted to share briefly about what we have seen God doing in our midst. It seems that more and more frequently He is connecting us with people who are hungry to know more about the Bible and about who Jesus is. In just the past month alone, God has opened numerous doors for us both to be able to share and start new Bible studies with various different people. We’d prefer not to share their names, but we would greatly appreciate it if you would keep these people in prayer. Father knows their names, and He will lead you as you lift them up in prayer.

Lastly, we want to wish each and every one of you a Merry Christmas! I don’t know what the rules are for you guys but regardless if you are able to gather with friends and family or not we pray that it would be a time full of the joy and presence of the Lord. 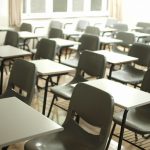 Lessons From a 3-Year-OldGlobal Stories 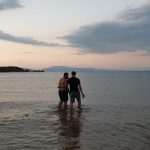 God is on the Move!Global Stories