Thank you for the thought and the urgency for us to share the gospel while it is daylight.

On 8th and 9th January, I took a team from my church in Bobo along with some people from our church in Banfora and we headed off to a village in the forest at 70kms from Banfora (not too far from the border with the Ivory Coast).  During a couple of days, we preached the gospel and prayed for sick people.

The first night after I preached I made the altar call but nobody responded. We understood that everybody is afraid of everybody, wo we asked if there are sick people they could come and we will pray for them.  Reluctantly a man and a lady came forward and asked if we could pray for them, which we did.  Instantaneously they were both healed but did not tell us anything for the fear of the people.  But as we invited people to come the next evening, they went and sprayed the news through the village.  On the 9th evening, the place was packed with people.  We showed a Christian film and I preached.  As I made the altar call, around 40 adults came forward along with many kids.

After we led them to the Lord, we prayed for the sick people and the Lord healed many people on the spot.  There was such a joy in the whole village! The next day (Sunday the 10th) I was heading back to Bobo very early for the service with some of the team.  We left Dieudonné Somé (Banfora’s pastor) behind to gather the new converts for the first service. To be right, the first service was actually held around 2 am, as people did not want to go home after the meeting was over!  So that Sunday morning, as many witnessed the Lord’s healing in their lives, a man brought his 20-year-old son who was under demonic oppression since his childhood.  Witchrafts and Marabouts of all kind have been visited and were asked to deliver the boy from this terrible situation, to avail to nothing.

That day it was an open battle between Jesus and the devil, between light and darkness, such as the film.  The whole village gathered to witness first-hand what would happen. But Jesus as always, threw away all the evil spirits and set totally free the young man, to the complete amazement of the astonished population!!!

The father then said to Pastor Dieudonné – “Take the boy with you, he is now your son!  Go with him and do what you want with him.”  So the boy went to Banfora with the pastor and until now he is with him and is now learning how to be a builder.  That day for the first meeting they gathered 29 ladies, 10 men, and 60 young adults and kids.  A good fellowship started there. We paid a visit to the chief who was very happy and freely on his own decided to give us a plot of land for a church. Praise the Lord!!!

We now are organising the new believers to make (building) blocks for the church!!!  But the village has a need of water!

At the end of February we have planned for another campaign in another town, and we plan to plant a church there as result of the campaign.  In March we are planning to still reach out to another village with gospel and to plant there another church.  The Lord is really at work in our nation and we want to do our best as fast as we can to spread the good news of Jesus. Our biggest challenge like always is how to fund the church roofs, doors and windows!!!!

From Feb 15th to 20th we are running a great conference on Mission.  We probably will gather over 100 participants.  We hope through that more people will catch the vision for mission and the unreached tribe groups, as well as more passion for gospel and church planting work.  Thanks a lot for your prayers and partnership in the glorious gospel! 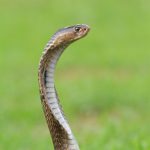 And so, the Snake WaitedGlobal Reports 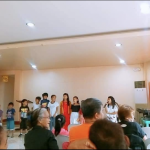 The seed, the wind and the labourersGlobal Reports