As I’ve written about previously1, most of our work these days involves following up with people who have requested a free New Testament sometime in the last few years, and seeing if they want to go further down the road to being a disciple of Jesus. There has been a wide range of people we end up meeting in our adventures: From assassins to doctors, from the most conservative Muslims to the staunchest atheists… and from people who have no visible interest in the Gospel, to some of the most hungry-for-Jesus people I’ve ever seen in my life.

With so much diversity, and so many stories, there has started to be fewer and fewer things that surprise me. But this one… This one was next level.

The Man with the Dove

We recently took responsibility for another 3 provinces in our region, which has added about another 1,000 new contacts to our list.

Some of these 1,000 people had ordered New Testaments many years ago, but because the harvest is plentiful but the workers are few, no one has yet followed up with them after all these years.

There was one guy in the system who lives in a city a couple hundred kilometers from us. He had requested a New Testament over 3 years ago. I got in contact with him, and asked him first if he had gotten his Bible, and second if he would like to meet a Christian to read the Bible with and talk about what’s inside it.

“YES!!! PLEASE!!!” came the reply… followed by a torrent of other messages. “I got my New Testament 3 years ago. I read it, and gave my life to Jesus.” Then, he sent me a photo of the New Testament we sent him. “This is it! Jesus has never left my side in the last 3 years since I believed. In the same way, I’ve never let this book leave my side.”

“Wow!” I replied. “Ok, yeah, of course! We’d love to meet you! We’ll be coming by your city in a couple days! Does it work to meet that morning?”

So, we showed up at his city two days later, and sat down for coffee with him.

We asked him to tell us his story. “Why did you order this New Testament? What drew you to Jesus?”

“Well,” he started, “a few years ago I had a dream. In my dream, I saw a Man sitting under a tree. The Man held a dove in one hand, and a bottle of olive oil in His other. He reached out the dove, and gave it to me, and said, ‘Follow after me.’ And then I woke up.

“I had no idea Who the man was, but I knew I had to find out. So, I started researching. I researched every religion I could find. Eventually, I found out I could order this free New Testament, so I did. I read it. I read about Jesus, and I read about how how the Holy Spirit descended on Him like a Dove, and I new right away that Jesus was the Man under the tree in my dream. So I committed my life to Him.

“The first couple years after that was very hard. When my family found out I was a follower of Jesus, they kicked my out of the house. I struggled to find work for a long time. I lived on the streets for several months. It was really difficult. But it was amazing: in all of it, Jesus never left me. In all of it, Jesus was enough.”

We were amazed. We got talking to this dear brother more, and his faith and love for Jesus was just so pure, and so passionate. We were so encouraged.

We eventually asked him if he’d ever been baptized.

“No,” he replied, “I don’t know if you understand: you guys are the first Christians I’ve ever met in my life. There’s never been anyone I’ve known who could baptize me. But I really want it.”

I couldn’t help but think of Jesus’ words, when he said, “If they don’t praise me, the rocks will cry out”2. The name of Jesus will be praised from every nation, every tribe, every tongue, and every city. And God is bringing that to pass. There was no one who went to this guy to share Jesus with him, so Jesus himself showed up to him in a dream.

I think that’s just so amazing!! (And, frankly, stretches my theology a bunch!)

While we were having coffee with this new brother of ours, we did a Bible study with him. Whenever we read scripture together, whether it be with believers, unbelievers, or otherwise, we always ask 4 questions to everyone in the group:

When we got to the fourth question, our friend sat back, thinking. He said, “I don’t really have any friends. I don’t have anyone I could share with… what should I do?”

I replied, “Well, you know, when situations like that come up, we can ask God for wisdom. As followers of Jesus, we need to share the truth that He’s given us.3 So, let’s ask Him, and He’ll show you who to share with. Maybe it will be a beggar living on the street. Maybe it’ll be the guy who sells you your groceries. Maybe it’ll …”

“Oh yeah!” he interrupted, “I have a friend who is a professor. I actually was talking to him about Jesus a few months ago. He was interested in finding out more about Jesus. We were actually trying to find another New Testament so he could read, too. I’ll share with him!!”

We happened to have a couple extra New Testaments that we had brought with us, so we gave them to our new brother, and he said he’d give them to his friend.

Before we parted ways, we asked our new brother if there was anything that he wanted us to pray for. He said, “Yes. Absolutely. My one prayer is this: that there would be a Church in my city! And that I could serve Jesus faithfully, wherever He leads me.”

“Amen!” we said. We prayed together, then parted ways.

Three days later, I was working in a coffee shop back in my city, and I got a text message from our new brother:

Hey! So… I was going to give that New Testament to my friend…. but… well something happened.

I was going to call my friend this morning and tell him I had this book for him. But, he actually ended up calling me first! He called me, and said, “Hey! just so you know, I am a believer in Jesus now!”

I was shocked, so I asked him why and what happened.

My professor friend responded, “Well, I had a dream last night. In the dream, I was looking for you, and I eventually found you sitting on the ground next to a Man. The Man had a white Dove in His hand.

I looked at you, and you had a book in your hands. You reached out the book to me and said, ‘You need to read this, because there is only One Saviour.’ Then I woke up.”

Then, a few seconds later another message came.

Three quick take-aways I had from this story:

1. The Lord is Not Slow to Answer

We prayed with our new brother that a church would be started in his city, after it has been centuries since there was a church there. Just 72 hours later, that prayer has sprouted into the first-fruits of a community of Jesus followers in his city. How beautiful is that!

I couldn’t help but raise my eyebrow when our new brother said that he had a dream about Jesus 3 years ago.

I can’t say if it’s connected or not… but it was just over 3 years ago that we started the 10 Year Fast, which has been a non-stop chain of people fasting and praying for Muslims around the world to come to know Jesus.

All our praying and fasting for these things are not in vain!

We will never see the full impact of our prayers and fasting. But Jesus definitely is moving around the world in ways you will never hear about, in ways that you would never believe.

Like was the case with our friend, much of the fruit of our praying and fasting is unseen.

3. Harvest is plentiful, but…

I might be starting to sound like a broken record about this, but I see the truth of it more and more every single day.

“The Harvest is truly plentiful…”

We have a list thousands of names long of people who want to read the Bible, who want to know about Jesus, and many of whom want to become disciples… But the number of people to actually go and meet with those men and women is so comparatively low.

It’s lamentable to me that our new friend had to wait 3 years before he could first meet another Jesus-follower. And he’s not even the exception, as I wrote about before! Yet, there was no reason for him to be on his own for so long, except that no one went.

I can’t help but hear the cry of the Lord in Isaiah 6 echoing today, “Whom shall I send? Who will go for Me?”

Next week I’ll be meeting online with a dozen young men and women who feel God sending them to places like this, which is so exciting to me! God is sending workers to His harvest.

But, that’s a dozen men and women being sent to BILLIONS of people.4

Let’s ask Jesus for more. Let’s pray as He told us to pray, “Lord of the Harvest, launch out laborers to Your Harvest.” And let’s do whatever we can to partner in that mission. 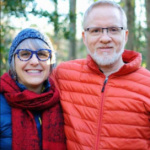 A Tsunami is ComingGlobal Stories 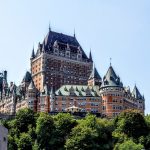 God is Not Willing That Any Should PerishGlobal Stories