On an isolated hillside surrounded by miles of forest and mountains, our friend found a large rock to sit down and take a break. He’d been trekking through the uneven terrain all day keeping a protective eye on his sheep and goats. Although there were no established roads, he and other members of his community had worn many paths throughout the area over the years as they had a long history of herding livestock there.

They knew where to lead their flocks to and when, how to maneuver the rocky foothills, pace themselves for the long, winding trails, and everything else it took to make sure the job got done. This was their livelihood. He reached into his coat pocket, pulled out his phone, and raised it up in the air, as high as he could, looking for a service signal.

Most of the other shepherds that he worked with were relatives: Brothers, cousins, uncles, and other connections from those. Despite being separated most days, they were a very close family. They regularly checked in with one another, well, on the days they could get reception on their cell phones. In the late evenings, when all the livestock safely returned to their stalls, they would all get together again on the homestead. The family would eat, drink tea, maybe play a couple of games and share the stories of the day.

Over the past few months, something had changed, though. Our friend had been doing some soul-searching and came across a website that offered Bibles and daily scriptures. He registered his phone number and began getting text messages every few days of a Bible verse from the New Testament followed by four simple questions: What does this tell me about God? What does this tell me about man? How can I obey this scripture? Who can I share this scripture with? Most of the scriptures had to do with Jesus, who he had heard of before in the Quran, but never in this way!

He stood up from his rocky seat and continued to wave his phone in the air. Usually, the scripture messages came through around this time and he found himself looking forward to them. It was like the more he learned the more he wanted to know – almost as if something was speaking directly to his heart…

*Ding* Came the sound from his phone. A message had just been received.

Opening WhatsApp, he saw it was from the man who always sent him the verses. He was obviously a foreigner, judging by his name, but he didn’t know much else about him.

He eagerly clicked on the message but was quickly disappointed and a bit thrown off when he saw it wasn’t a scripture from the bible but just a regular message from the foreign man.

“Hello sir,” the message started with the typical greetings, “I am just checking to see if you are receiving or wanting to continue receiving these scriptures on a regular basis. I’ve never heard any response from you since I started sending these messages to you a few months ago, but I hope you are well and blessed. Sincerely, (foreign man’s name).”

It had never really occurred to him to actually respond to these messages, he was often just so caught up in the scriptures, he forgot about the foreign man who sent them. Sitting back down on the rock, he began to type:

“Hello sir. Nice to meet you. I definitely wish you to continue to send me these scriptures from the Bible! Not only am I reading them, but I forward them to all my family as well. We are constantly talking about this and Jesus! In fact, if I send you their numbers, can you add them to your list and send them scripture messages, too?”

The text messages continued back and forth for a while as he told the foreign man about their small, hidden community in a remote area, and how these verses about Jesus were nothing like they’d ever heard before! They had so many questions!

“We would all love it if you could come here and meet with us,” he excitedly invited his new foreign friend.

Meanwhile, miles away in the city, this foreign man sat at the dining room table; laptop and cell phone open, sending out hundreds of scriptures and follow-up messages to the many, many seekers who have requested more information about Jesus through a website. Isn’t it amazing how God’s Word can reach out so much further than we can send it…

Today spend some time in scripture and ask the Lord who He wants you to share His word with. You never know how far it will go. 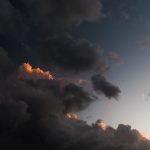 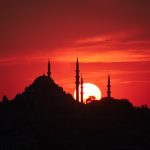 Why Should We Send When There Are Lost People Here?Global Stories