I imagine we’ve all heard or asked this question before. I know that I have. It seems like a fair question. But I would encourage you to ask yourself what’s at the heart of this question. Why do we feel it’s wrong to send Christians (especially from Western countries) to other parts of the world?

Is it because we’ve seen ineffective and fruitless ministries abroad? Does it seem like a waste of kingdom finances? Do we feel that the lost here are more important than the lost in other countries? Or is it because missions has often imposed a very Western agenda and worldview? Maybe we feel that indigenous churches in other parts of the world should step up and do their part!

It might be all of the above reasons, but more often than not I find the argument is that the local churches in those countries can do a better job at reaching and discipling their own people. And I would say “absolutely”! However, there are two challenges to this.

1) We were not the ones who invented cross-cultural missions; God is!

2) What about areas and people that have no local Church or Christian presence to start with?

At the very beginning God created the world and commands humankind multiple times to spread out and fill the earth (Genesis 1: 28 & 9:1). After deliberately rejecting his command (Gen 11: 4) God scatters them so that they will one day seek him (see Acts 17: 26 & 27) and chooses to bless one man’s family so that he might “be a blessing” to all the other families of the earth! Throughout the rest of history we see this “chosen family” failing or refusing to fulfill its purpose by bringing God’s blessing to all the other nations.

We even see it repeated in Acts: after commanding the “men of Galilee” to go into all the world and make disciples, it’s not until persecution strikes that the Jewish Church really starts to look outside of itself and obey this command. Even then, it’s still carried out with hesitation by the Jews (Acts 21: 17-20)!

Finally, Jesus said that he would NOT return until the good news of his death, resurrection and kingdom was preached to all ethnic groups!

There are over 80 million people where we are and most of them have never had a chance to hear about the hope of forgiveness of sin and a new life with God through Jesus. A city of 1.2 million would only have about 120 Christians on average. How many Christians do you think there are in your city? Who has a better chance of hearing about Jesus? Some Christians here have waited years just to meet a Christian so that they can be baptized or pray together!

If it was never our responsibility to respond to this need, then we can throw out the first half of the book of Romans! Why did Jesus say that whoever’s sins we forgive will be forgiven (John 20:23) and why did Paul confidently say that he was innocent of anyone’s blood (Acts 20:26 & 27)?

This isn’t meant to guilt trip us, but to help us understand that we ALL have a responsibility to those who have never had a chance to hear about Jesus, whether they live in your neighbourhood or across the world. Our only question should be, “Lord, what do you want me to do about this?”

Everyone always says, “We would love your prayers,” or, “we know prayer is important”.  However, as we have done different ministries here, we have come to recognize that the nation we serve does not need us.  They need Jesus.  And without Jesus at the center (and behind us, before us, beside us, above, beneath), we won’t be able to showcase His glory.  So, here is what we would love.

We are looking for a team of people who would commit to praying for us regularly.  Put us in your calendar, set an alert, whatever works.  We would be sending frequent (weekly or biweekly) prayer requests, as well as letting you know how God answers your prayers.

Yes, we are the ones that have put “feet on the ground” so to speak, but we want to see you partnered with us, and an essential part of our team.  We don’t want to ‘lone-wolf’ it, so to speak.  We need a team of prayer warriors surrounding us!

We don’t want it to be one way, either.  We want to commit to praying for you and your home, knowing that how God is using you in Canada is just as important as what we are doing here.  We are equal before His throne.

If you are willing to pray for us regularly, please let us know and we will add you to the ‘update list’. 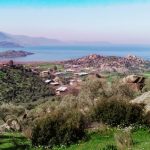 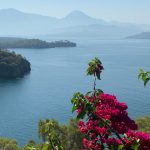