Last year I got a few shirts printed with the words “Love your enemies” on the front and, “You have heard it said, ‘love your neighbor, and hate your enemy’ but I tell you Love your enemies, and pray for those who persecute you. ~ Jesus Christ” on the back.

I’ve been wearing it around off and on for over a year. For many I come in contact with, it’s the first time they’ve read the words of Jesus in their lives.

It has been so fun seeing people’s reactions when I wear this shirt. I got about 20 of these shirts printed, I also have given them as gifts to friends, it’s been awesome hearing stories from friends who have worn them too!

The idea of loving our enemies is really a foreign one to any culture, but it is especially foreign here. So, the way people react to the shirt has been a cool way to gauge whether someone is hungry to know more about Jesus’ message.

A great example of this for me happened about 3 weeks ago. I was at a coffee shop with a friend, where we had met to pray and chat together. The barista who took our order noticed my shirt. She asked, “Why should I love my enemies?”

She read it, nodded her head, said “Hmm, interesting…” and then finished taking our order.

I didn’t think much of it.

Hanging out and Loving Jesus

My friend and I sat down with our coffees and started chatting. We hung out, did a little impromptu study on John 15 (Where Jesus tells us to abide in Him to bear fruit), and prayed together for about an hour before he had to go. I had homework to do, so when he left I pulled out my laptop and started getting into my reading.

It was super quiet in the coffee shop at that time. There were a couple of customers sitting outside, but I was the only one sitting inside.

From the counter, the barista who commented on my “Love Your Enemies” shirt asked me where I was from.

I told her I was Canadian, but that I’ve lived here almost 7 years.

She asked me what I did for work, and I told her I was a student, but that I also do freelance web development, and that I teach the Bible.

She replied, “Really? That’s cool! What can you tell me about the Bible?”

She explained, “Well, I was raised very religious and very conservative. But just over a year ago I realized that all I’ve ever seen of any religion is hypocrisy. People who told me not to commit adultery were sleeping around with whoever they wanted. People would tell me not to lie, but they went around lying whenever it was convenient to them. People would tell me that God made both men and women but would justify it when a man abused or raped a woman.

“I couldn’t reconcile the hypocrisy I saw… so I left. I still believe there is a God, and I want to learn about Him. So, I’ve started researching what other religions say about God. You’re the first Christian I’ve ever met, so I’d love to hear what you have to say about Christianity. I especially want to know what Christianity says about women.”

So, we talked about that. I shared about how Jesus cared for and valued women completely and fully. Far beyond what the culture and religious leaders of the day saw reasonable. We talked about the Woman at the Well in John 4 and the Woman Caught in Adultery in John 8. We also talked about how much Jesus also hated the hypocrisy in the religious leaders of His day, in the same way, that she had come to despise hypocrisy in her religion.

We ended up talking for about an hour. Partway through, she said, “This is really amazing; Do you know, is the Bible available in my language? I’ve researched a bunch of religions on this journey, but you’re the first person I’ve heard from who talks like this is something really true and inside you. I want to read your book and learn more!”

“Of course!” I replied. “I’ll bring you one tomorrow!”

Not so Random After All

As we talked more, it became really apparent that Jesus has actually been drawing her to Himself for a while!

She shared that (for a while now) she’s been listening to recordings of Russian Christian prayer/worship services at night, because they “make her feel peace“, and that peace was helping her sleep. She also found a cross necklace a few months ago that she’d been wearing around occasionally because it “just felt right.“

I told her, “This might sound a bit biased…but from what you said, it really sounds like Jesus is drawing you to himself! The Bible says that Jesus is the Prince of Peace. So, it seems super meaningful to me that you feel peace when you hear people praying to Jesus. I believe Jesus wants a relationship with you, and that He is moving in your heart to draw you to Himself”

The next day, I brought her a Bible as I’d promised, and got her in contact with one of the ladies from our team so she could talk through deeper questions.

A couple of hours after I left the Bible with her, she sent me a few photos of her new Bible. She had been reading, and underlining verses and sentences that she found especially meaningful… which ended up being a TON of verses!

A couple of days later I went back to the coffee shop again. It was much busier, so we weren’t able to talk much, but in a calmer moment, she came by my table and showed me some of the things she had been learning and marking in her Bible, and asked a few questions. She had already finished Matthew in just that short time and was about to go onto Mark.

In the end, she said, “You know, I don’t yet know if I’m going to become a Christian, or if I’ll just stay a deist, or what. But this book is amazing! I can tell you, I’m going to take the lessons I’m learning from this book with me for the rest of my life!”

As we’ve been continuing to work through our list of people who have requested New Testaments, our list has continued to expand! Not only are there more men and women requesting Bibles every day, but our little group is now responsible for 10 different provinces! We’ve continued to travel to these provinces, meeting with hungry people, and reading together with them about what it means to be a follower of Jesus. It’s been exciting!

Many of you remember the story of the guy on the bench. I’ve kept in contact with him over the last few years, and I mentioned in my last update that he would be coming to live with me for a season. Well, he’s been living at my house since June, and we’ve been continuing to read scripture and study together, and he’s been continuing to grow in his knowledge of God.

Early on in his time with me, we started talking about the idea of baptism. Eventually, one morning when we were getting ready to read together, he said to me, “Josh, I’m ready! I want to be baptized!”

So, a couple of weeks later, after inviting some other believing friends to a nearby lake, we did it!

Thanks so much for praying for us, and please continue to pray! He has a YouTube channel with over a thousand followers where he talks about religion and philosophy and is prepping a big video explaining Christianity. Pray that his witness to his people and his nation would be transformative to those who hear his message. 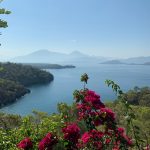 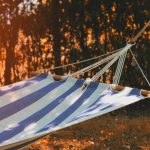 Summer and The Rest I Am Finding In GodGlobal Stories