Despite all the lockdowns, restrictions, and quarantines (that we’ve all experienced), we’re estimating that around 20,000 bibles were ordered and sent via the BCC website. Over the last two years, we have seen a significant number of people give their lives to Christ (over 700) and new groups (140+) started through those who are discipling others. In fact, eight new local believers were baptized by our team here directly!

We also had a number of changes to our team this past year; with some workers moving on to other ministries, and a couple of new families joining us. The area in which we follow-up with contacts for the BCC has now grown to cover 15 provinces! What’s been one of the most encouraging and exciting things, though, is that we also have at least 10 local believers across these provinces who are a part of this work and either lead or join in on the conversations and visits to those who have reached out to learn more about Jesus through the Bible.

Another area that’s kept us busy this year is with the disciple-making movement. Just over a year ago, I (Alycia) stepped into the role of national administrator for DMM. Besides all the usual fun stuff (like spreadsheets and email updates), we’ve run four online webinars and hosted DMM leaders from around the world to come and coach our network here in their ministries. We’ve also been involved in the production of new resources, such as apps, to make discovering the Bible a reality to so many seekers here in the Middle East.

We cannot say enough about how much prayer has an impact on any ministry, and we’ve experienced it here over and over again! Just to focus in on a couple of areas you can join with us in prayer:

It started when Paul* noticed that a number of people who had requested a Bible had virtually no contact information. No phone number or email address; only a physical address and postal code. All of the other people on the follow-up list from the Bible Correspondence website had clicked on the link requesting a Bible, gave an address where to mail it to, entered a phone number and/or email address, and checked the box stating that they’d like to be contacted by someone to talk more about Jesus and the Bible. There were—and still are—thousands of phone numbers and emails on the contact list, and it continues to grow!

Paul, being a recently retired pastor, was new to this online ministry stuff, and not so comfortable on the technology side of the work. Therefore, he was instantly intrigued by a file of people who had hand-written actual letters to the ministry’s address. As he sorted through, he noticed they all had something in common: An address. Many of them had come from the exact same place! Well, that was convenient for planning a trip out to visit but definitely strange. What kind of community was this that had so many seekers, but seemingly no phones or internet?

The answer: Prison. All the letters were from inmates in prison.

Paul has been focused on prison ministry ever since—for about seven years now.

A lot of the correspondence is only through written letters due to it being—well, jail. Inmates aren’t allowed phones or personal email addresses. Visitation is limited and each inmate is allowed to put four names of people who are approved to come to see them occasionally. They can update or make changes to their list once a year—sometimes more, sometimes less. Although these men never initially identify themselves as convicts in prison, they’re pretty easy to recognize: they are the only ones who send snail mail, they have no contact information like a phone number or email address, and the envelope has government “approved” and “security checked” stamps all over it.

One day, Paul received a letter from an inmate who had requested and received a Bible. He’d read the whole thing—a couple of times, in fact—and was even sharing it with other inmates! He wanted to officially give his life to Jesus but didn’t know how, or what he was supposed to do after that. He wanted to be discipled. He was going to put Paul on his list of approved visitors so he could disciple him, but it would be months before that process was approved.

Until then, all Paul could do was write him back. He wrote him a four-page letter laying out the Gospel, explaining the grace behind Christ’s sacrifice and resurrection, and living out a relationship with Jesus as Lord and Saviour. He talked about serving others, forgiveness, loving enemies, sharing the Gospel, and who knows what else Paul crammed into those four pages! As the years passed, Paul was able to frequently visit the man, as well as other inmates in that prison, discipling them in the Gospel of Jesus Christ.

Earlier this past year, Paul got a letter from a different inmate telling him he’d become a believer and made all the arrangements for him to come and visit. Despite being in a prison Paul had never been to before, this man had written to him as if he knew him—like they’d met before. Paul made the trip to visit this new contact, and the man excitedly shared his story:

“A group of us have been reading the Bible together with your letter…” he explained.

“What letter?” Asked Paul. “I have no contacts here. You are the first.”

The inmate revealed a very worn envelope. He carefully removed the pages from inside and gently opened them.

“This letter.” The man showed him.

Paul was speechless. It was his original letter from years before! All four pages still there – barely. The ink was faded and the fold creases were deep, but there was no mistaking that it was that very same letter.

“How? Where did you get this?” Paul stuttered.

It took a while to retrace its path, but they were able to figure out that the man who had originally received the letter had given it to another believing inmate just before he was transferred to another prison.

“Go and make disciples…” the letter had reminded them of the scriptures.

After the letter had been passed around there, another inmate was “commissioned” to take the Gospel and this letter to the next prison where he was being relocated. The letter continued to circulate from prison to prison for four years and, as far as Paul and his new friend could calculate, this was the eighth generation of new believers that were still using it!

*Names have been changed

Note: Paul continues disciple many inmates in many prisons, primarily through written letters. Each month, he sends out 70 handwritten letters. Many of those letters circulate around and are passed on to other correctional facilities across the country. 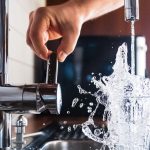 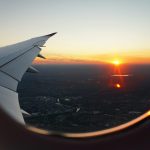 We are moving forward!Global Stories