If we want to define the mission that God assigned to His Church, we really need to identify what His mission is first.

Our mission will then be a more accurate reflection of His own. I see God’s mission as summed up by two main activities:

First, He’s reaching into the chaos of this world to take out a people for Himself.

God is redeeming people from every tribe, language, ethnicity (Matthew 24: 14, Revelation 5:9, 7:9), infusing them with His DNA, and forming them into a vast and varied family that belongs uniquely to Him. Peter describes this family as chosen, a race set apart for God, and His special possession (1 Peter 2:9).

Several years ago, I wondered why Paul used the term adoption when explaining entry into the family of God to cultural Romans, but both Jesus and he used the language of birth when speaking to cultural Jews.

As I dug a bit deeper, I learned that Roman law allowed parents to disown their biological children quite easily. In their thinking, no one chooses the children that are born to them, so a biological child could be entirely unwanted or fail to live up to their expectations. However, if a Roman adopted, they did so by choice, and the adoptee was grafted fully into the family line. They could never be disowned.

Much like the African cultures, I grew up among, Israel’s middle eastern culture didn’t have much use for adoption. Bloodline was everything, so when an Israelite man died, his surviving brother automatically became the head of his household and raised the children up in their deceased father’s name. This way they were kept within the family lineage and inheritance. And while Jewish parents could call for their rebellious son/daughter to be judged, and if necessary, executed, a biological child could never be disowned.

Perhaps the Holy Spirit used the two very different terms precisely to convey to both cultures how anyone who enters God’s family becomes His possession forever and owes their allegiance only to Him. Listen to how His words in Isaiah 43:1b so beautifully illustrate the idea of redeeming a people out of the world for His exclusive possession: “ I have redeemed you. I have called you by name. You are Mine!

The second part of God’s agenda is maturing His people so that they fit Him.

Our Father doesn’t just want us to become His family: He wants us to become a race that thinks like Him, wants what He wants, functions in His authority, and uses His power and resources for His purposes. Only a race of people with His DNA could do that in this life, and only a people that resembles Jesus could reign well with His Son in eternity.

The same verse in Isaiah 43 begins with: “This is what the Lord says, He who is your creator, Jacob, and He who formed you, Israel…”.

Repetition is common in ancient middle eastern writing, but I think there’s significance in the two ways God described Himself in this verse. First, He said: “I created you, Jacob,” then “I formed you, Israel.”

Jacob’s name, “Supplanter” came from what his parents observed at his birth, and he grew into that identity, a manipulative and deceptive man. But neither his name nor his character aligned with God’s nature or plans, so the Lord led Jacob on a journey that progressively transformed him. When Jacob revisited Bethel on his way home, he’d changed. He’d now himself been on the receiving end of lies and manipulation. After wrestling desperately all night with the Lord, He gave Jacob a new identity: “Prevails with God”. God had formed him into Israel.

Paul pointed out that God calls us out of the nations and into His nation with the intent of conforming us to the image of His Son Jesus so that He would be the firstborn among many brothers and sisters (Rom 8:29). In other words, our Father isn’t satisfied with us simply being grafted into His eternal family, but He called us to become priests who turn the worship of the nations toward Him and represent Him accurately before the nations (1 Peter 2:9). Those two things define God’s mission: calling us out of the nations to become His special nation and transforming us.

None of us matures spiritually through osmosis, no matter how long we’re members of a local church. We don’t become mature by memorizing verses, taking Bible studies, or earning theology degrees. Those things help us understand God’s character and will, but we only become like Jesus through practical application. We mature as we hand our whole being over to God unreservedly, embrace His plan for the world, and obey what Jesus specifically told us to do.

Here’s one example of where we need to mature. We gladly welcome God’s love for us, but it seldom occurs to us that He wants and deserves to be loved well in return! Jesus modelled a love for God that was with His whole heart, soul, strength, and mind, and He described that love as giving ourselves wholly to the Father’s purposes (Luke 22:42), loving other people as much as we love ourselves (Luke 10:27), and giving up our life for the salvation of others (John 15:12-14). That’s a love that’s intrinsically impossible if we live for ourselves.

Mission is God’s tool for maturing us so that we fit Him and can reign well with Jesus in eternity.

Over the recent years, I’ve come to believe that we rob the Lord of glory when we don’t tell others of what He’s done. Recognition, thankfulness, and expectancy produce real worship—perhaps, more than any set of songs we can come up with!

Gary, Lauren, and I were unsettled about the trip to Burkina Faso—making the decision to postpone it against our own wishes. It was a very difficult one to make.

Well, according to our original timetable we would have flown into Ouagadougou on a Friday night. The same Friday a coup d’etat took place in Burkina Faso. While we wouldn’t have been in physical danger because of it, the airport was closed, a curfew imposed, making travel difficult for a time. It would have created a frustrating situation for us, and the Burkinabe church would’ve felt responsible to take care of us while having to manage their own challenges during a fragile time.

He hasn’t lost control of matters in our world, and He does all things well for those that love Him and submit their will to Him! 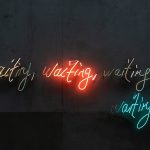 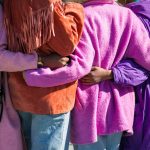