Remember the Rice Delivery that Pastor Raul and the team were going to do?

Well, they travelled 48 hours, day and night, and delivered 400 boxes of Manna Pak (a nutritious mix of rice, soya, dried vegetables, and spices) to strategic Bethel churches in 7 provinces! Pastor Raul kept messaging me, “We feel so much joy!” When they arrived home, to unload the boxes for the church there, they discovered 10 MORE BOXES THAN WHAT THEY HAD LOADED—Multiplication!  The project was such a success that when more aid arrives, they will be doing another delivery run to more provinces.

Tears came to my eyes when Pastor Raul shared, “Elsie, a few years back I received a prophetic word that God would use me like a Joseph to feed the nation of Cuba, and on this trip, I saw that coming to pass!” JESUS, YOU ARE SO AMAZING!

While in Cuba, I took a step of faith and bought an electric tricycle with a wagon for Pastor Alex.  They are not cheap. He was trying to earn a living peddling his bici-taxi, even though both his legs had been operated on. I told him I would give him half the money and the other half he could pay back in 2 years. They were so grateful! BUT GOD had other plans!  When I returned to Canada, a generous couple phoned me to say they wanted to pay for the bike. When Alex was told, he was speechless. The first thing that he hauled away in his wagon, was an occult altar from the house of new believers. JESUS, YOU ARE AMAZING!

In January, I received the sad news that my “forever friend” Robin, in Mexico, was dying. It was so fast and it was so slow. She was suffering so much. I longed to go see her, but…the message came. Waves of grief like I have never known before would hit me without warning. I still wanted to go—to help her son and daughter pack up the house and to say goodbye.

While I was battling with the decision, I received a message from a friend, “The Lord says, there is a country you really want to go to, but you don’t know if you should. The Lord says to go—there are many sad people there, that He is going to use you to encourage and lift them up. He wants you to go.”  JESUS IS SO AMAZING! My friend knew nothing about Robin’s sickness or passing.  It was a pure prophetic word from God. WOW!

My neighbor is still in ICU with Covid. He needs a miracle! He was making slow steps of progress, then they discovered Candida yeast had invaded his lungs complicating his breathing. Once more he is sedated and on a ventilator. His daughter, who I am discipling, came to my house to receive the baptism of the Holy Spirit. It was glorious! She saw visions, felt the power of the Holy Spirit, and spoke in a beautiful flowing heavenly language. We plan to go to the hospital to lay hands on him and pray for a turnaround miracle. Even though he is sedated I want to give him a chance to receive Jesus as Savior. WITH GOD NOTHING IS IMPOSSIBLE.

Friends, I  am always impacted by your love, by your heart for the nations, and by your daily prayers that buoy me up in hard times.

May the God of the Impossible, meet you in the center of your need and perform miracles! 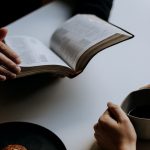 My House Shall be Called a House of PrayerGlobal Stories 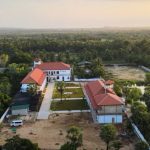