Graduation is like payday for all of the staff here at the Village of Hope, we are so proud of each and every graduate! Even though we love graduation, the greater goal is long-term success! The longer a man stays connected to others headed in the right direction, the greater his chances of success.

The Second Phase House is a newly renovated six-bedroom home in Fredericton for graduates of the VOH’s 10-month residential training program. It is a great way to bridge the gap from the program back out into everyday life. Here graduates have a safe, structured place to continue their recovery journey while dealing with issues that tend to cause relapse. They can learn about finances, relationships, giving back to the community, and dealing with temptations while working toward a career and a future!

“God was blessing me long before I ever recognized Him in my life.”

As a child, Branden’s world was void of good role models. His dad left when he was a newborn, and his mom had struggles of her own. Growing up with a single mom left Branden to determine right and wrong for himself. He struggled to make friends and sought to fill that void by surrounding himself with anyone who would accept him. He ended up in a much older friend group who introduced partying and illegal activity at a young age.

Before long, Branden found himself in and out of jails and psych wards: homeless, paranoid, suicidal, and alone.

In a holding cell, he was given the option to go to a recovery program. Branden completed the program but he went right back to the only life he knew, and his sobriety only lasted two months. Over the next two years, he uncontrollably drifted to the point of spending all his money on getting high. Branden then came to the Village of Hope and found a new life in a relationship with the Lord.

Now, Branden has been in recovery for over a year. After graduating from the Village of Hope he moved into the Second Phase House and was welcomed back by his employer, Costco, who recognized the work done in the program. He is becoming the good role model he never had.

The Village of Hope hosted ACOP Atlantic & Québec Regional Gathering on May 11, 2022, providing a tour of recent upgrades and development on the site, including the facilities for a soon-to-be-opening women’s program. The quality of the work they do is reflected in the thoughtfulness and beauty of the architecture they are creating. Andrew then showed plans for the future—including a multipurpose building. 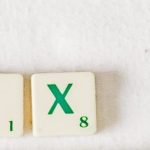 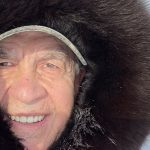 Two and a Half Years OverdueGlobal Stories