“For God, who commanded the light to shine out of darkness, hath shined in our hearts, to give the light of the knowledge of the glory of God in the face of Jesus Christ.”

From darkness to light… this is the testimony of many precious souls in Nunavik.

After almost 10 years of sowing, weeding, and watering, more than any other trip I witnessed the Lord’s harvest and disciples in the making!

I’d not travelled North for more than 2 ½ years, but over three weeks, visiting five communities I’m sure I could write a short book of all that God did in individual lives. I had over 60 significant encounters for personal counsel, discipleship, and prayer. Except for one Sunday at church, all encounters happened in homes, trucks, offices, or standing in the snow. A few of these encounters are below…

Saved from family disaster; Johnny and Vanessa had hit rock bottom and really wanted to be rescued, so they willingly came back to the Father. Nine years later.

Derek, just over 3 years ago on the brink of taking his life was rescued. At 15 he came to the Christian Hockey camp. Now 18, he said to me as tears melted the snow at his feet. “No one else my age wants to follow, but I won’t quit on God ’cause He and you helped save my life.’’ Fatherless, he is looking to the older men as his models.

While I had to overlook the drugs and alcohol on the table sometimes and wish things were different, others broke free and now are influencers for good.

Edua and Lucina were addicts as well as bootleggers and drug providers. Then God, rescued them using Christian friends to reach out. Reaching out to others is not a natural part of their culture. Praise God, scriptural changes are happening!

I thank you all for being active in prayer for me and others! 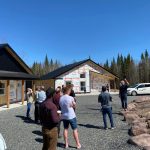 Spring at the Village of HopeGlobal Stories 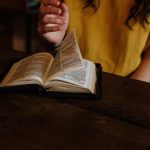