I landed in Paris on April 7 and hopped straight onto a train for the north, where I was speaking that evening. Jet lag!

April 17: Elisa Baptiste ( Lens, Nord Pas de Calais) We served on the leadership team of this church for several years. Sadly, the congregation split after our return to Canada in 2010 and the 100-year-old building stood empty for several years. The new group is the fruit of a French teacher and his Burkinabe wife who believe that the Lord told them to start a new work.

April 21: Eglise Ciel Ouvert (Saint Etienne de Rouvray, Normandy) This was only the second time that I’ve spoken in an Assemblies of God church. The congregation is young and dynamic, and I shared on the need for post-Christian “soil” to be re-seeded pervasively, intentionally, and persistently by the Gospel before we can expect revival.

This church near the D-Day beaches is the oldest Assemblies of God church in France and the “landing beach of the Holy Spirit’s invasion of France” at the start of the 20th century.

Gilbert, the pastor, is Burkinabe. He’s on fire for Kairos, and in 5 years the church has exploded from an aging “white” congregation to a dynamic congregation of people from 40 nations under his leadership. When I visited the church on a Tuesday night 3 years ago, I was stunned to see some 250-300 people gathered for prayer.

Gilbert wants to become a Kairos head facilitator, see his whole congregation go through the course, and help the many Assemblies of God churches that he oversees adopt Kairos. He’d

Gilbert had hoped to have 30 participants from his church and others in the region, but we ended up with 12 participants ranging in age from 18 to 82, from at least 6 ethnicities, and from different levels of spiritual maturity.

One participant was a highly educated professor of North African origin who’d come to faith in Christ only 6 months earlier after reading a Bible. She’d led her sister to the Lord and planned to share her faith with her brother, an Imam, after the course. She came into the course with a lot of questions about “church” and its purpose, and she left with lots of answers! She is absolutely on fire to see the good news of Jesus’ Kingdom preached everywhere!

For reasons unknown to her, she had begun studying Korean several months before. She’s now praying for North Korea and asking God if she has a role to play in seeing it reached.

A young pastor in the course also had the Lord lay North Korea on his heart! We can only wonder what God is preparing…

We trained 3 new facilitators during the course: a woman from Paris, an evangelist from Brittany, and a pastor in training from the host church. And several participants have asked to become facilitators.

I tested positive for Covid somewhere between Normandy and Burgundy, so I had to isolate for most of the AGM and postpone my flight to Canada. The day after the AGM, I hopped on a train and went back north to isolate in a friend’s B&B until my tests turned negative. I returned to Quebec on the 28th

In all, I took 13 trains, multiple subways, climbed hundreds of stairs, stayed in 5 homes, drove 500 km, and ate copious amounts of baguettes…

Even with Covid, this was a wonderful trip. I returned home with three things on my heart:

1. The level of depression, illness, broken marriages, backslidden children, and spiritual dysfunction in the northern churches. What a huge need there is for deliverance, worldview transformation, and physical healing in the Church itself! And what a need for intentional disciple-making. (I’m now discipling 2 young French men online).

2. The overwhelming welcome by believers and unbelievers that I experienced. Unbelievers we knew from our time in France gave open invitations for Lauren and I to visit/stay with them.

3. The Lord has given us an ability to build bridges with leaders across cultural barriers, to open doors into movements, and equip believers for their mission.

The mobilization team in France is struggling to grow in number and in influence. I believe that Lauren and I will be going to France regularly to help catalyze equipping, prayer, and sending.

Thank you each for praying for us, for providing plane tickets, and for supporting us financially. Because of your partnership in these last 10 years, a mobilization ministry has been planted and is growing in Quebec, Quebec churches are training people to make disciples locally and globally, several people have come to Christ, some are becoming sold-out disciples of Jesus, mission training movements have been seeded in 2 African countries, and now a French mission movement is growing in Europe. 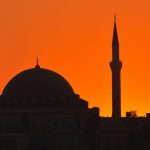 “Why did you leave Islam?”Global Stories 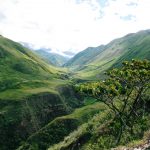