Preaching: I shared in 4 French churches, one of which is being replanted after a painful split that left the 100-year-old building standing empty for 12 years. On an encouraging note, many of the people turning up on Sundays are seekers.

Training: I led an intensive Kairos Course in the Assemblies of God church in Le Havre, Normandy—close to the D-Day beaches. This church was the oldest Pentecostal church and the “landing beach” of the Holy Spirit invasion of France in the early 20th century.

One Kairos participant was a professor who’d turned to Jesus from Islam only 7
months ago as she read a Bible. *M had already led her sister to Christ and decided to share her testimony with her brother, an imam, right after the course. She came into the course loaded with questions about the Church’s purpose, and she left impassioned to see the Church reach every people group. M had begun to learn Korean several months before the course. Both she and a young pastor in the course are praying specifically for North Korea. God must be preparing to do something big in the PRK!

Coaching: I tested positive for Covid between Normandy and Burgundy en
route to Kairos France’s annual general meeting. I ended up missing the fellowship times at the AGM and had to postpone my return flight to Canada by several days. Thank you Father for friends with a guest house where I could isolate for several days.

• Discipling young adults in our home weekly and a European woman in Quebec City.

• Bruce is discipling two French men in their 30’s via Zoom.

• *F is chronically ill, deeply discouraged, but spiritually hungry, and *L is an alcoholic who wants to break free. Both lack any systematic discipline.

•We led a course called The Unfinished Story in a local Alliance church.

• Bruce is coordinating the French translation and dubbing of new materials.

• Stirring up prayer and equipping Quebecois believers to evangelize their own people.

• We’re going to the Middle East to visit family and other ACOP global workers.

I want to share this HUGE encouragement we received in our house group meeting:

A young woman who’s been attending Eston College for the last 2 years joined us and shared what God’s doing in her life.

She’d only visited our home group once (years before) when she was a young teenager. The Lord had given me a word for her that night, and when she went home that night she began to seek the Lord’s purpose for her life. We’d heard bits of her story second-hand in the ensuing years as she followed her older brother’s footsteps in going to Bible College.

As she shared, she began to cry. She shared 3 points:

There have been many times when I’ve privately asked the Lord: “Why did You send us to Quebec when you could have sent us anywhere in the French-speaking world? What exactly did You mean when You said to me in 2010 ‘If you want Quebec, I’ll give it to you?’”

I’m so thankful that Father gives these timely testimonies to us to keep us pressing in by faith and obeying His call!

In May we attended the best ACOP conference we’ve been to since we joined the movement in 1988. It was refreshing, challenging, joyful, vision-focusing, and excitement-inducing…why? Because it was all about moving on from the good and bad of the past, and refocusing on the mission that the ACOP was formed around 101 years ago (actually, 2022 years ago)—going to all the world’s people groups, making disciples of them, and teaching them to obey what Jesus commanded, and reproducing that in others in turn.

God is at work. His work is accelerating around the world. And the Great Commission is coming back into focus in our churches yet again.

Update From Bruce & Lauren
Global Harvest
About Us
Contact
Donate 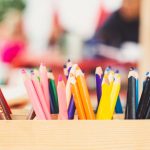 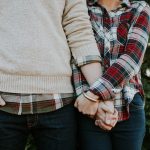 A Young and Hungry GenerationGlobal Stories