It’s hard to believe that we’ve been here several months, where has the time gone?

Our days are still mostly filled with formal language learning, but we’re also spending more time in the local community and have begun to participate in evening English classes at the school where we will soon start teaching. It feels great to be able to greet our neighbours with more than a simple “Hello” and to begin building relationships, although we still have a long way to go with our new language!

One of the privileges we’ve had since moving here has been to come alongside the persecuted church and be the body of Christ together. We’ve written about our brothers before but wanted to highlight some of what has gone on in just the past two months.

First of all, thank you for your prayers during this season of difficulties for our band of brothers (BOBs) here on the islands. The brothers are still standing.

“Therefore take up the whole armor of God, so that you may be able to withstand on that evil day, and having done everything, to stand firm.”

Within the last couple of months, our brothers have been taken several times by their families who are not happy with them for their decisions to follow Christ. The brothers go willingly and peacefully when their families come for them, as the Spirit leads, in order to share their faith with those whom they love and desperately pray for.

Every time they are taken, God has used a variety of miraculous interventions to help the brothers out of situations and to show His glory! To us, it is a miracle these families are not yet confessing Jesus as Lord. Surely, it is only a matter of time!

Here is the highlight reel of the crazy miracles the Lord has done over the past couple of months:

Bees—On the beach in the middle of the night while waiting on a boat to take them out to sea to be drowned, two brothers witnessed their family get swarmed by heaven-sent bees!

Banished—Richard’s family had him taken to the mainland and were sending him to an extremist school in a neighbouring country—but he escaped.

Fishermen—Nick’s family dropped him off in the middle of the ocean channel to die.  He was alone swimming around at night in the dark. He eventually saw a light and it was fishermen in a boat. Of course, they had to finish their night’s work, so Nick had time to witness to them!

Fire—This last time a few weeks ago, two brothers were taken to the mainland and overheard the family talk about how they have tried so many ways to end Nick’s life—so this time they wanted to set him and another brother on fire. After a little time, the two brothers heard a commotion and realized the electric wires in the house had caught fire at the breaker box and the fire was travelling around the wires in the walls. They were able to leave during the chaos. The fire actually saved them!

Prayer—Thank you for continuing to pray—especially for the hearts of our brothers to remain soft toward their families and for them to not live in fear. To God alone be the glory for the things He has done and for helping them to stand. Please keep praying for the salvation of the BOBs’ families. We are sure they continue to plan…but God has a redemption plan for them.

We will have the first-ever training together with all the BOBs, a local pastor, and a few of our team members. It is a momentous occasion—strategy and partnership are so important! We will be pursuing God together in the power of the Holy Spirit for an increasingly redeemed island. This is only the beginning!

Update From Tom & Jenni
Global Harvest
About Us
Contact
Donate 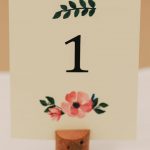 A season of firstsGlobal Stories 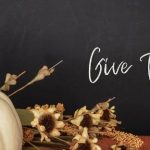